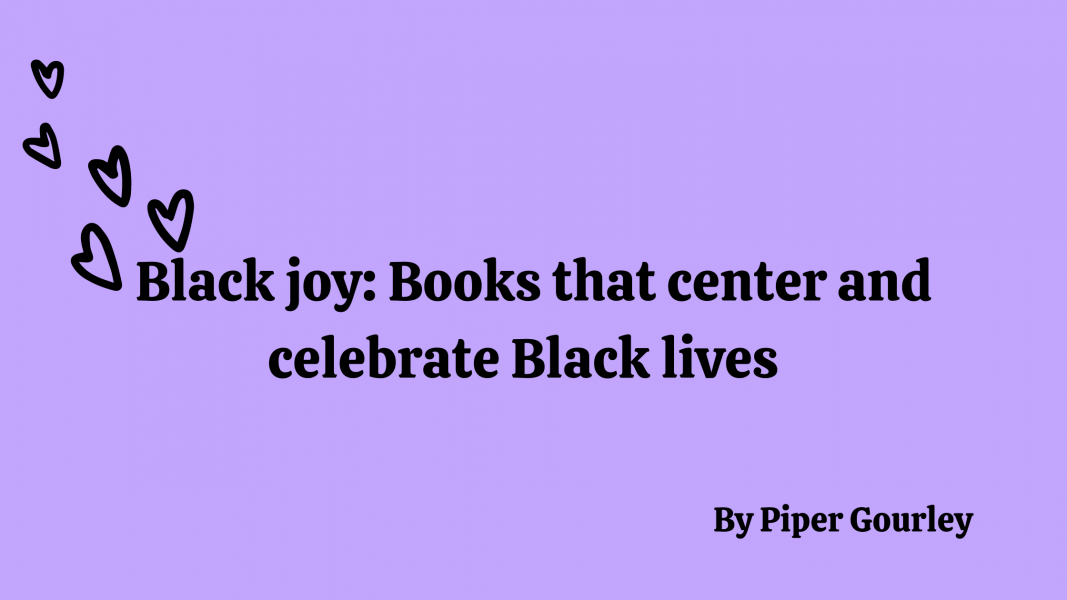 With the recent rise of antiracist reading lists, non-Black readers have committed themselves to the ongoing work of learning and unlearning to become conscious allies. It’s also important to stock up shelves with novels that center Black joy, lives, and protagonists year-round. These authors have brought captivating Black characters and their stories to the forefront in some incredible reads. This list is by no means comprehensive (How could we possibly boil down Black authorial talent to a single post?) but these are a few novels that feature Black protagonists in tales of struggle and triumph, hope, self-love, self-acceptance, and healing. Check out these amazing books that center and celebrate Black lives.

This debut novel from author Leah Johnson is Black girl magic from start to finish. ‘You Should See Me in a Crown’ follows protagonist Liz Lighty as she makes plans to escape her adolescent life in a small, midwestern town. Never feeling like she fit in with her predominantly white, rich peer class, Lighty decides to escape—with part of her plan including attending Pennington College. When her financial aid is pulled out from under her, she is left grappling with a decision that she never thought she would entertain: running for prom queen to secure the queen’s $10,000 scholarship. Alongside the funny new girl in school, Lighty navigates the chaos of the upcoming prom season and begins to look at herself with a new light. With Black queer representation in a classic rom-com story style, this book is a true joy to read. With this debut, Johnson has blown critics away, and left fans hungry for more of her writing.

A Publisher’s Weekly review said: “Debut author Johnson easily channels the self-effacing coolness of 1990s teen comedies with a 2020 sensibility in this heartfelt and laugh-out-loud funny YA rom-com...In Johnson’s emotionally resonant storytelling, the pragmatic, hopeful, awkward Liz Lighty comes alive, complete with fear, regrets, hopes, and dreams. So too do her cheer squad of devoted friends and the impressively drawn setting of Campbell High School.”

Order your copy of ‘You Should See Me in a Crown’, here.

If you’re looking for a rom-com that is pure pleasure, pump the brakes: you need to read Talia Hibbert’s ‘Get a Life, Chloe Brown.’ This book centers Chloe Brown, a plus-sized Black woman with a chronic illness who had just moved out of her parent’s home in Britain. Chloe is a funny, sweet, witty computer nerd, and captivating from the very first page. After nearly getting plowed down by a runaway Range Rover, she puts together a list of seven things she wants to do to help her “Get A Life” and gain more autonomy. Her confidence in herself is strong, yet it begins to waver as she grapples with new complications with her chronic illness. However, with the help of a sweet handyman called Redford “Red” Morgan, she might just be able to make the items on her list a reality. This book is both an uber sweet and wholly refreshing read. Chloe’s love for her body and her life will have your heart racing with joy.

Publisher’s Weekly said, “Chloe is a fantastic heroine with a refreshing voice; she’s understandably prickly given all she goes through as a black, overweight, disabled woman, but that edge doesn’t make her any less endearing to Red or the reader. She feels real and so do her struggles. Red is also dynamic and fascinating. Both characters need to change their lives and stand up for themselves, and readers will find them inspiring. Best of all, the romance is sizzling hot. This contemporary is a page-turning winner.”

Pick up your copy of ‘Get a Life, Chloe Brown,’ here.

This new series from author Tomi Adeyemi is a feat of fantasy writing. The West-African inspired book explores a fantasy world occupied solely by people of color. ‘Children of Blood and Bone’ follows protagonist Zélie Adebola as she attempts to restore magic and defend her identity in her world of Orïsha. Zélie’s epic adventure not only leads her through a brilliantly vivid landscape, but also aids her in learning more about herself, her family, and her hopes for the future of herself and her world. This whimsical book not only centers vibrant Black protagonists, but it also doesn’t alienate people of color as many white-centric fantasy novels do. The books are soon to be adapted into a film series, so you better get to reading before they hit the big screen.

In a review in The Atlantic, reviewer Vann R. Newkirk II said, “The creator of a mythical land called Orïsha, Adeyemi taps into a rich imaginative lineage as she weaves West African mythology into a bespoke world that resonates with our own…Adeyemi’s tale of young visionaries navigating a twisted world is psychologically deft and mostly well paced, an excellent bet to live up to the high expectations of it...Their work illuminates the ways in which speculative fiction has in a sense been about the stories of people of color all along.”

Get your hands on a copy of ‘Children of Blood and Bone,’ here, or grab the second book in the series, ‘Children of Virtue and Vengeance’, here.

This entrancing novel by Tiffany D. Jackson is booming with spirit, friendship, and music. Set in the 1990s, ‘Let Me Hear a Rhyme’ follows three teenagers from Brooklyn as they honor their late friend/brother, a victim of gun violence, by releasing his mixtapes to the world. His best friend Quadir and Jarrell enlist the help of their late friend’s younger sister, Jasmine, to re-release his raps under the pseudonym “The Architect” with the hopes of helping the legacy of the music he left behind go viral. The tale explores the hip-hop and Black culture of the ‘90s, as well as highlighting the importance of grieving and confronting one’s demons in order to heal. The charged lyrics by Malik “Malik-16” Sharif inject even more life into Jackson’s electric narrative. A testament to the power of friendship, the book’s final twist is one you don’t want to miss out on.

Kirkus Reviews wrote, “Exceptional storytelling, well-crafted, true-to-life dialogue, and the richly drawn Brooklyn landscape will draw readers into this fast-paced blend of mystery, budding romance, and social commentary. Quadir, Jarrell, and Jasmine are endearing, tenacious, and memorable…Thoroughly engrossing and as infectious as Steph’s lyrics: a testament to the unbreakable bonds of friendship and a love letter to Brooklyn and hip-hop in the late ’90s.”

Grab ahold of ‘Let Me Hear a Rhyme’, here.

Described as an autobiographical novel with magical realism, Echo Brown’s breakout novel ‘Black Girl Unlimited’ explores the intersectionality between race, gender, class, mental health, sexuality, and more in a tale centering a teenage wizard of the same name as the author. The book is set in the East Side of Ohio, where a young Echo is forced to grapple with the struggles of her reality in her neighborhood and family alongside her magical abilities as a wizard. Attending school on the West Side, Echo is taught about the depths of her magic, as well as confronting the forces that may attempt to snuff it out. Her book approaches tough topics with fearless insight, empowering both the main character and anyone who might relate to her trials. Healing, family (both by blood and by choice), and resilience are all central components of this breathtaking novel and its incredibly developed cast of characters. Echo Brown is a superb storyteller and her prose glimmers in every sentence. With such a strong debut, those who adored the novel are eager for the author’s next release.

Of the novel, The New York Times said, “Brown has written a guidebook of survival and wonder...Brown's greatest gift is evoking intimacy, and as she delicately but firmly snatches the reader's attention, we are allowed to see this girl of multitudes and her neighborhood of contradictions in full and specific detail.”

Get your copy of ‘Black Girl Unlimited’, here.

In their debut book, Kacen Callender tells the touching story of a young, transgender, Black boy finding love and coming to terms with the abundance of his identity. The story follows the narrative of Felix Love, a teen who is desperate to experience young romance. While he is proud of who he is, he struggles with insecurities surrounding his marginalizations. His self-doubt becomes fully devastating when a transphobic peer at the art camp he is attending posts a pre-transition photo, along with his deadname, in the lobby for all to see. In pursuit of revenge, Felix finds himself stuck in a unique love triangle, as well as redefining his relationship with himself. A novel of self-discovery, friendship, embracing oneself, and coping with ignorance, Callender’s book ends on a note of artistic discovery and self-love. While this novel may be a tough read for some queer youth, it is as much about self-acceptance as it is about the dangers of transphobia. You’ll find yourself cheering Felix on in every chapter.

In a Brain Mill Press review by Latonya Pennington, Pennington wrote, “Having a sense of self-worth is important for any LGBTQ+ person, but especially for queer trans people of color...Felix After Ever is an engrossing coming-of-age novel that presents queer pride in all its complicated and powerful aspects. Readers will root for Felix as he learns that the love he deserves can be found inside himself, as well as outside himself among others who truly care for and respect him.”

Grab a copy of Kacen Callender ‘Felix Ever After,’ here, and check out their other bestsellers ‘Hurricane Child,’ ‘King and the Dragonflies,’ and ‘Queen of the Conquered’ here.