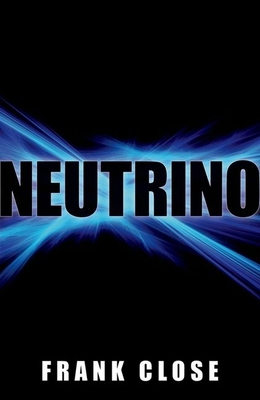 By Frank Close
$13.95
This book is out of stock and awaiting a reprint. Please check back later for availability changes.

Neutrinos are perhaps the most enigmatic particles in the universe. These tiny, ghostly particles are formed by the billions in stars and pass through us constantly, unseen, at almost the speed of light. Yet half a century after their discovery, we still know less about them than all the other varieties of matter that have ever been seen. In this engaging, concise volume, renowned scientist and writer Frank Close gives a vivid account of the discovery of neutrinos and our growing understanding of their significance, touching on speculative ideas concerning the possible uses of neutrinos and their role in the early universe along the way. Close begins with the discovery of radioactivity by Henri Becquerel and Marie and Pierre Curie, the early model of the atom by Ernest Rutherford, and Wolfgang Pauli's solution to that problem by inventing the concept of neutrino (named by Enrico Fermi, neutrino being Italian for little neutron). The book describes how the confirmation of Pauli's theory didn't occur until 1956, when Clyde Cowan and Fred Reines detected neutrinos, and reveals that the first natural neutrinos were finally detected by Reines in 1965 (before that, they had only been detected in reactors or accelerators). Close takes us to research experiments miles underground that are able to track neutrinos' fleeting impact as they pass through vast pools of cadmium chloride and he explains why they are becoming of such interest to cosmologists--if we can track where a neutrino originated we will be looking into the far distant reaches of the universe.

Frank Close is Professor of Physics at Oxford University and a Fellow of Exeter College. He is the author of several books, including The Void and the best-selling Lucifer's Legacy. He is a winner of the Kelvin Medal of the Institute of Physics for his outstanding contributions to the public understanding of physics.