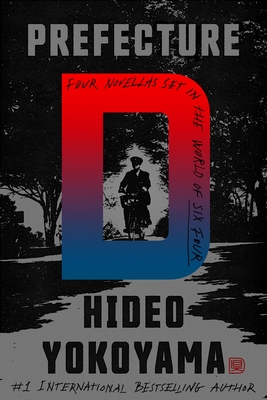 By Hideo Yokoyama, Jonathan Lloyd-Davies (Translated by)
$17.00
On Our Shelves Now

A collection of tense thrilllers, each centered on a mystery and the unfortunate officer tasked with solving it, set in the world of Hideo Yokoyama's bestselling Six Four.

Four novellas: Each taking place in 1998.

SEASON OF SHADOWS
"The force could lose face . . . I want you to fix this." Personnel's Futawatari receives a horrifying memo forcing him to investigate the behavior of a legendary detective with unfinished business.


CRY OF THE EARTH
"It's too easy to kill a man with a rumor." Shinto of Internal Affairs receives an anonymous tip-off alleging a station chief is visiting the red-light district—a warning he soon learns is a red herring.


BLACK LINES
"It was supposed to be her special day." Section Chief Nanao, responsible for the force's forty-nine female officers, is alarmed to learn her star pupil has not reported for duty and is believed to be missing.


BRIEFCASE
"We need to know what he's going to ask." On the eve of a routine debate, Political Liaison Tsuge learns a wronged politician is preparing his revenge. He must now quickly dig up dirt to silence him.

Prefecture D continues Hideo Yokoyama's exploration of the themes of obsession, saving face, office politics, and interdepartmental conflicts. Placing everyday characters between a rock and a hard place and then dialing up the pressure, he blends and balances the very Japanese with the very accessible, to spectacular effect.

Born in 1957, Hideo Yokoyama worked for twelve years as an investigative reporter with a regional newspaper north of Tokyo, before becoming one of Japan’s most acclaimed fiction writers. His exhaustive and relentless work ethic is known to mirror the intense and obsessive behavior of his characters, and in January 2003 he was hospitalized following a heart attack brought about by working nonstop for seventy-two hours. Six Four is his sixth novel, and his first to be published in the English language, followed by Seventeen.

"[Yokoyama's] novellas wring soulful suspense out of cop office politics . . . Yokoyama's characters are not lost but adrift, swept up in inner longing, dissatisfied with or even broken by many of the aspects of their lives . . . For Yokoyama the [police] department is first and foremost a political landscape . . . Fascinating."
—David Ulin, Los Angeles Times

"A regional Japanese police precinct in 1998 is the setting of Prefecture D, a quartet of novellas by Hideo Yokoyama. These four tales explore the satisfactions, frustrations, and base and noble emotions of those who devote their lives to a profession where saving face is a priority and ethical conundrums are a frequent challenge. Yokoyama, a journalist-turned-author whose novel Six Four was published in American in 2017 to much acclaim, immerses us in an environment at once familiar and exotic; his stories' mysteries are solved in a manner that surprises the mind and moves the heart."
—Tom Nolan, The Wall Street Journal

"[Yokoyama] somehow manages to pack each approximately 80-page story with the same amount of intensity as his epic-scale fiction."
—Booklist