On the Sensations of Tone (Paperback) 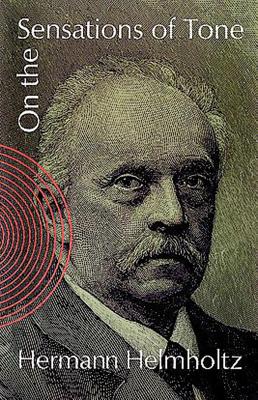 On the Sensations of Tone is one of the world's greatest scientific classics. It bridges the gap between the natural sciences and music theory and, nearly a century after its first publication, it is still a standard text for the study of physiological acoustics -- the scientific basis of musical theory. It is also a treasury of knowledge for musicians and students of music and a major work in the realm of aesthetics, making important contributions to physics, anatomy, and physiology in its establishment of the physical theory of music. Difficult scientific concepts are explained simply and easily for the general reader.
The first two parts of this book deal with the physics and physiology of music. Part I explains the sensation of sound in general, vibrations, sympathetic resonances, and other phenomena. Part II cover combinational tones and beats, and develops Helmholtz's famous theory explaining why harmonious chords are in the ratios of small whole numbers (a problem unsolved since Pythagoras).
Part III contains the author's theory on the aesthetic relationship of musical tones. After a survey of the different principles of musical styles in history (tonal systems of Pythagoras, the Church, the Chinese, Arabs, Persians, and others), he makes a detailed study of our own tonal system (keys, discords, progression of parts).
Important points in this 576-page work are profusely illustrated with graphs, diagrams, tables, and musical examples. 33 appendices discuss pitch, acoustics, and music, and include a very valuable table and study of the history of pitch in Europe from the fourteenth to the nineteenth centuries.