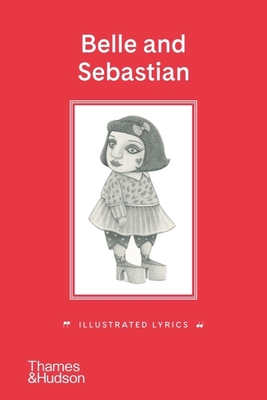 A beautiful collaboration between Belle and Sebastian frontman Stuart Murdoch and illustrator Pamela Tait, resulting in visual reinterpretations of the band's most-loved songs.

From the imagined lives of the passengers riding Glasgow buses in the early 1990s to questions raised about the status quo and musings on the meaning of religion, Stuart Murdoch, front man of Scottish indie pop band Belle and Sebastian, has written some of the most captivating lyrics of the past two decades. Belle and Sebastian recorded their first critically acclaimed album Tigermilk in three days in 1996, and over the course of their career have played a sold-out show at the Hollywood Bowl with the LA Philharmonic, and famously forgot their drummer, dressed in his pajamas, outside a Walmart. Their songs have animated many film soundtracks, developing a cult following that has helped to define the sound of music as we know it today.

Belle and Sebastian: Illustrated Lyrics combines words selected from over twenty-four years of Belle and Sebastian songs with specially commissioned illustrations from Scottish artist Pamela Tait, whose intricate and whimsical characters Stuart Murdoch stumbled upon and fell in love with when he rediscovered old fan email Pamela had sent to him over a decade ago. Set with expressive typography, and with notes on the illustrations from Tait at the back of the book, this is an exceptional publication that will seduce even the most devoted fans into “seeing” these wonderful songs afresh.

Stuart Murdoch is a Scottish musician, writer, and filmmaker. He is the founding member, lead singer, and songwriter for Belle and Sebastian.

Pamela Tait is a Scottish artist who lives on the Black Isle. She expresses her own folklore through illustration, seeing patterns and faces in her surroundings.