The Schoolhouse: A novel (Paperback) 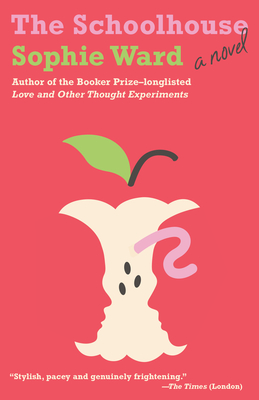 From the Booker Prize-longlisted author of Love and Other Thought Experiments comes a masterful and gripping thriller about truth, silence, and the weight of the past.

Isobel lives an isolated life in North London, where she works at a nearby library. She feels safe, so long as she keeps to her routines and doesn’t let her thoughts stray too far into the past. But a newspaper photograph of a missing local schoolgirl and a letter from her old teacher send her spiraling and bring back the trauma of what happened years ago, when she was a pupil at The Schoolhouse.

The Schoolhouse was a 1970s experimental school where the usual rules did not apply. Life there was a dark interplay of freedom and adventure, violence and fear. It was here that Isobel learned that some truths should never be revealed. But try as she might, the truth is coming for Isobel, and everything and everyone she has tried to protect are now at risk.

Sophie Ward is an actor and writer who has worked in film and television since her feature film debut in Steven Spielberg’s Young Sherlock Holmes, and in theatre, most notably with the Citizens Theatre in Glasgow. Sophie has been an active campaigner for LGBTQ rights and her non-fiction book, A Marriage Proposal, was published by the Guardian in 2014. Her first novel, Love and Other Thought Experiments, was longlisted for the Booker prize in 2020.

“Superlative. . . . Perfectly balancing nuanced emotion and riveting suspense. This is not to be missed.”
—Publishers Weekly, **starred review**

“A literary provocateur. . . . [Ward writes with] considerable insight and humanity.”
—The Guardian

“A page turner.”
—The Herald (Glasgow)