Nordic: A Photographic Essay of Landscapes, Food and People (Hardcover) 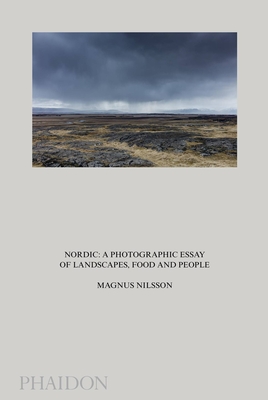 By Magnus Nilsson
Email or call for price.
It is unlikely that we can get a hold of this title. Please email orders@nowherebookshop.com before placing an order.

A personally curated selection of Magnus Nilsson’s photographs from The Nordic Cookbook, also including previously unpublished images taken during his research.

Given his first camera at the age of six, celebrated Swedish chef Magnus Nilsson has been taking photographs for over twenty-five years. As part of his research for The Nordic Cookbook, Magnus travelled extensively throughout the Nordic countries, not only collecting recipes but also photographing the landscape, food and people.

Nordic: A Photographic Essay of Landscapes, Food and People accompanies a travelling exhibition of his work.

Magnus Nilsson (b. 1984) is the head chef of Fäviken Magasinet restaurant in Sweden. After training as a chef and sommelier in Sweden he worked with Pascal Barbot of L'Astrance in Paris before joining Fäviken as a sommelier. Within a year he had taken over the running of the restaurant, which is currently ranked #25 in the San Pellegrino World's 50 Best Restaurants list, produced by Restaurant magazine. Magnus is the author of the Fäviken cookbook, also published by Phaidon. He features in the Emmy-Award winning US PBS-TV series The Mind of a Chef and the Netflix docu-series Chef’s Table. In 2015 he was awarded the White Guide Global Gastronomy Award.

"Sweden's Magnus Nilsson stands out from the superchef crowd... and his skill behind the camera is showcased in Nordic: A Photographic Essay." —The Independent

"Thinking about building your dream library and brightening your coffee table with eye-candy and conversation starters? Look no further than Phaidon books."—Big Life Magazine