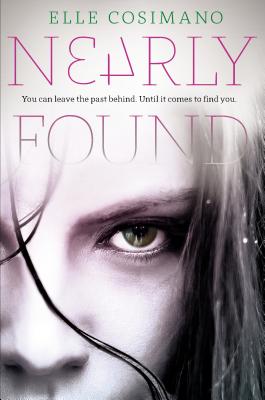 By Elle Cosimano
$17.99
This book is out of stock and awaiting a reprint. Please check back later for availability changes.

The sequel to the highly praised and intricately plotted Nearly Gone--a YA urban mystery that's perfect for fans of Bones, Numbers, and The Body Finder

After Nearly Boswell starts working as an intern at a crime lab, a girl from her trailer park turns up dead. Then the corpse of a missing person is discovered, buried on a golf course, with a message for Nearly etched into the bones. When Nearly finds out the corpse is the father of Eric, a classmate of hers, she starts to worry that the body is connected to her father's disappearance five years ago. Nearly, Reece, and Nearly's classmates--Vince, Jeremy, and Eric--start a dangerous investigation into their fathers' pasts that threatens Nearly's fragile romance with Reece, and puts all them in the killer's path.

Elle Cosimano grew up in the Washington, DC, suburbs, the daughter of a maximum security prison warden and an elementary school teacher who rode a Harley. She annually attends the Writers' Police Academy at Guilford Technical Community College, Department of Public Safety, to conduct hands-on research for her books. Elle is the author of Nearly Gone and it's upcoming sequel, Nearly Found. She lives with her husband and two sons in Mexico.

"Cosimano delivers another shocking, dark, and brilliant tale that will make readers want to lock their doors. Complex characters set against a gritty backdrop, along with gruesome details of investigative work, will draw readers in and keep the pages turning. It is obvious that Cosimano has done her homework, and readers will want to see more of her tenacious heroine. Fans of crime television will flock to this series that is perfect for young adult audiences."—VOYA

"A sequel every bit as nail-biting as its predecessor."—Kirkus

"This suspenseful sequel packs the same level of chills as its predecessor....The forensic-science angle, more grisly murders, and determined, quick-thinking Nearly herself give her fans plenty of reasons to keep turning pages until the should-have-seen-it-coming end."—Horn Book


PRAISE FOR NEARLY GONE:
"Eloquently written and packed full of suspense, debut author Cosimano strikes gold with this page-turning thriller that will have teens chomping at the bit to get to the end."—School Library Journal, starred review

"The plot moves at a breakneck pace, picking up along the way a first-rate romance...And STEM enthusiasts can rejoice: the killer's riddles—including the puzzle of what the victims' numbers mean—involve algebra, geometry, chemistry, physics, even astronomy. This is an addictive and multilayered debut; Cosimano has established herself as a thriller writer to watch."—The Horn Book

"Cosimano weaves together math riddles, science-based clues, an edgy romance, and psychological terror to create an unpredictable page-turner....A good choice for fans of "savant" procedurals and dramas like Bones, Elementary, or Numbers."—Publishers Weekly

"A suspenseful page-turner that will leave teens on the edge of their seats. Cosimano's character development makes almost everyone a suspect."—VOYA