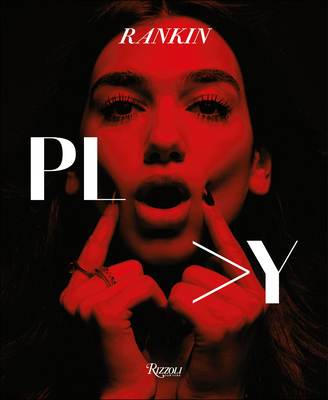 By Rankin
$45.00
Available at wholesaler. We can order it for you.

As a cofounder of Dazed & Confused and AnOther magazines, and the photographer of countless iconic album covers, Rankin creates imagery through which many stars of the pop world have found their visual voices.

Play draws exclusively on Rankin's archive of photographs of the biggest names in contemporary music--from the rock gods who shaped our musical landscape to the British Invasion of the 1990s and the American superstars who mix music and production to define what the record industry is today.

Divided by theme--"Heroes" and "Girl Gangs and Boy Bands," "Cool Britannia" and "My Generation"--Play collects almost two hundred of Rankin's favorite images of the most influential artists of the last three decades, from David Bowie and Elton John to Pharrell, the Spice Girls, Grimes, and Björk. Alongside his photos are anecdotes from Rankin and the artists themselves on the reciprocal relationship between photographer and subject--and between the star power of pop music and the iconography of fashion.

Rankin is a photographer living and working in London. His photography has been published everywhere from his own publications to Elle, Vogue, Harper's Bazaar, Esquire, GQ, Rolling Stone, and Wonderland, and has been exhibited around the world. He has worked in television as either cinematographer, director, producer, or presenter for Dazed TV, the BBC, and his own Hunger TV. He is the author of Unfashionable, also published by Rizzoli.

"Play is a visual romp through popular music from the 1990s to the present day. Entertaining and edifying, it documents Rankin’s special fondness for photographing musicians, who already share bits of their soul with their music and 'always come ready to play.'"—FOREWORD REVIEWS

"Known simply as Rankin, his professional working name, UK-born photographer John Rankin Waddell has cemented himself as one of the greatest and most symbolic British portrait and fashion photographers of his time. An artist that set the fundamental tone for pop culture photography and imagery in the mid- to late-90s and early 2000s, Rankin’s work has resonated and reverberated throughout the world of music. Rizzoli now presents Play, a culmination of Rankin’s expansive and emblematic oeuvre on music portraiture." — PROVOKR.COM