The Sins Of Cyntoia Brown: : A Johnny Allen PostScript (Paperback) 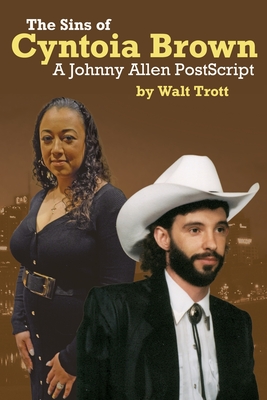 By Walt Trott
$19.95
Usually ships in 7-10 days. Or you can try to purchase at http://www.bookshop.org/shop/nowherebookshop
(This book cannot be returned.)

A sombre account of the full story behind the sensational 2004 murder of musician Johnny Allen in Music City USA. Mainstream media ignored the victim, concentrating instead on the teen-aged prostitute, who cold-bloodedly shot and robbed Allen. Cyntoia Brown's controversial case became a cause celebre, arousing the interest of such entertainment elite as Kim Kardashian-West, Snoop Dogg and Rihanna, whose support prompted an early Pardon for the call girl. Subsequently, Allen was labeled a sex trafficker, rapist, racist and pedophile via social media. Veteran journalist Walt Trott delved into the facts found in official police reports, court transcripts and among those who knew the victim best, providing a behind-the-scenes peek into a compex investigation.