The Sacrifice (An Enemy Novel #4) (Hardcover) 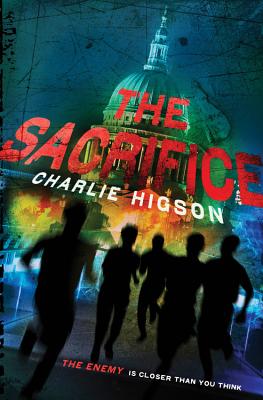 By Charlie Higson
$17.99
This book is out of stock and awaiting a reprint. Please check back later for availability changes.

This is book number 4 in the An Enemy Novel series.

Full of unexpected twists and quick-thinking heroes, The Enemy series is a fast-paced, white-knuckle tale of survival in the face of unimaginable horror.

The Sacrifice picks up after Small Sam and The Kid arrive at the Tower of London at the end of The Dead. Though Sam finds safety and friendship at the Tower with Jordan Hordern's crew, he can't settle down. The only thing he wants is to be reunited with his sister, Ella. Despite Ed's protests, Sam and the Kid strike out westward, through the no-go zone.

Meanwhile, Shadowman is tracking Saint George across north London, watching him build up his army. Shadowman knows that Saint George is an extremely dangerous threat, but no one will take his warnings seriously.

Charlie Higson is an acclaimed comedy writer, producer, actor, and genuine James Bond aficionado. He is the author of the adult thrillers Full Whack and King of the Ants; the internationally best-selling Young Bond series: SilverFin, Blood Fever, Double or Die, Hurricane Gold, and By Royal Command; and four books in the Enemy series. Charlie is a fan of zombie movies and believes that we shouldn't try to prevent young people from experiencing fear, because it helps prepare them for later life. When writingThe Enemy, he kept rachetting up the action and description in an attempt to frighten the pants off his ten-year-old son. He lives in London. Follow him on Twitter at: twitter.com/monstroso.

PRAISE FOR THE ENEMY
"The Enemy grabs you by the throat . . . and bites off your ear. It's kids versus zombies and no one is playing nice. The action--and boy, is there action--takes us through a London transformed by the unexplained illness that has turned every adult into a shuffling, drooling, kid-crunching machine. Bonus: zombie royals. Sheer fun." Michael Grant, author of the Gone series

PRAISE FOR THE ENEMY
"...the action is of the first order. Higson writes with a firestorm velocity that inspires to the sweeping reach of Stephen King's The Stand." ALA Booklist

PRAISE FOR THE FEAR
"The third book in Higson's terrifying zombie series will continue to enthrall horror fans." VOYA