The Hunted (An Enemy Novel #6) (Hardcover) 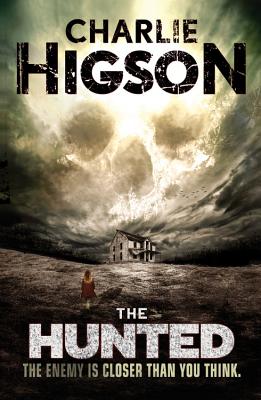 By Charlie Higson
Email or call for price

This is book number 6 in the An Enemy Novel series.


The sickness struck everyone sixteen and older. First it twisted their minds next it ravaged their bodies. Now the sickos roam the streets, crazed and hungry for young flesh.
Ella's friends had told her that the country would be safer than the city. They were wrong. Now they're dead and Ella's all alone--alone, that is, except for her silent rescuer, Scarface. But she doesn't even know if he's a kid or a grown-up.
Back in London, Ed is determined to find Ella and keep his promise to Small Sam that he will reunite sister and brother. But getting out of town has never been more dangerous. It seems that every sicko in the country is coming from all directions, almost as if they're being summoned to the capital. Will anything be able to stop the invading horde?

Charlie Higson is an acclaimed comedy writer, producer, actor, and genuine James Bond aficionado. He is the author of the adult thrillers Full Whack and King of the Ants the internationally best-selling Young Bond series: SilverFin, Blood Fever, Double or Die, Hurricane Gold, and By Royal Command and six books in the Enemy series.Charlie is a fan of zombie movies and believes that we shouldn't try to prevent young people from experiencing fear, because it helps prepare them for later life. When writing The Enemy, he kept rachetting up the action and description in an attempt to frighten the pants off his ten-year-old son. He lives in London. Follow him on Twitter at: twitter.com/monstroso.


The Enemy grabs you by the throat . . . and bites off your ear. It's kids versus zombies and no one is playing nice. The action--and boy, is there action--takes us through a London transformed by the unexplained illness that has turned every adult into a shuffling, drooling, kid-crunching machine. Bonus: zombie royals. Sheer fun."
—Michael Grant, author of the Gone series


"...the action is of the first order-Higson writes with a firestorm velocity that inspires to the sweeping reach of Stephen King's The Stand."
—ALA Booklist


"Lord of the Flies with zombies...tons of nail-biting action."
—Rick Riordan

PRAISE FOR THE SACRIFICE


"Death, religion, friendship, survival, power, politics, and fear are explored throughout this installment. The storylines run full speed ahead in this horrifying page-turner. The solid writing is, at times, brilliant . . .The unanswered questions will prime readers for the next in the series."
—VOYA