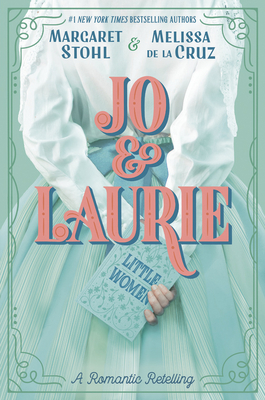 By Margaret Stohl, Melissa de la Cruz
$24.99
It's complicated. Try to order and we'll be in touch about availability. Or you can try to purchase at bookshop.org/shop/nowhere

Margaret Stohl is a #1 New York Times bestselling nerd, world-builder, video game creator, comic book writer, and festival founder. As an award-winning young adult author, she has been published in fifty countries and thirty-two languages and has sold more than ten million books worldwide. She has published fifteen novels and graphic novels, as well as contributed to several games and countless comics since her debut. Some of her best known works include the Beautiful Creatures series, the Black Widow: Forever Red duology, the ongoing Mighty Captain Marvel comic, and the Life of Captain Marvel miniseries. Learn more at mstohl.com and follow Margie on Twitter @mstohl and on Instagram @margaret_stohl.*****Melissa de la Cruz is the #1 New York Times, USA Today, Wall Street Journal, Los Angeles Times, and Publishers Weekly internationally bestselling author of many critically acclaimed books for readers of all ages, including the Alex & Eliza trilogy, Disney's Descendants novels, the Blue Bloods series, and the Summer on East End series. Her books have sold over eight million copies, and the Witches of East End series became an hour-long television drama on the Lifetime network. Visit Mel at melissa-delacruz.com and follow her on Twitter @MelissadelaCruz and on Instagram @authormelissadelacruz.