The Dead (An Enemy Novel #2) (Paperback) 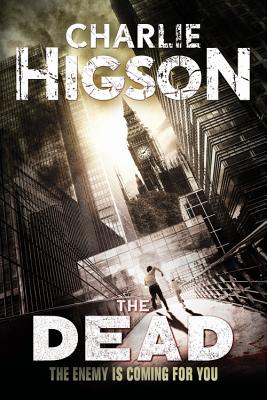 This is book number 2 in the An Enemy Novel series.

THE DEAD begins one year before the action in THE ENEMY, just after the Disaster. A terrible disease has struck everyone sixteen and over, leaving them either dead or a decomposing, flesh-eating creature. The action starts in a boarding school just outside London, where all the teachers have turned into sickos. A few kids survive and travel by bus into the city. The bus driver, an adult named Greg, seems to be unaffected by the disease. Then he begins to show the dreaded signs: outer blisters and inner madness. The kids escape Greg and end up at the Imperial War Museum. A huge fire in South London drives them all to the Thames, and eventually over the river to the Tower of London. It is there they will meet up with the kids in THE ENEMY in Book 3, THE FEAR.

Charlie Higson is an acclaimed comedy writer, producer, actor, and genuine James Bond aficionado. He is the author of the adult thrillers Full Whack and King of the Ants the internationally best-selling Young Bond series: SilverFin, Blood Fever, Double or Die, Hurricane Gold, and By Royal Command and four books in the Enemy series.Charlie is a fan of zombie movies and believes that we shouldn't try to prevent young people from experiencing fear, because it helps prepare them for later life. When writingThe Enemy, he kept rachetting up the action and description in an attempt to frighten the pants off his ten-year-old son. He lives in London. Follow him on Twitter at: twitter.com/monstroso.


"The Enemy grabs you by the throat . . . and bites off your ear. It's kids versus zombies and no one is playing nice. The action--and boy, is there action--takes us through a London transformed by the unexplained illness that has turned every adult into a shuffling, drooling, kid-crunching machine. Bonus: zombie royals. Sheer fun."
—Michael Grant, author of the Gone series


"...the action is of the first order-Higson writes with a firestorm velocity that inspires to the sweeping reach of Stephen King's The Stand."
—ALA Booklist

PRAISE FOR THE DEAD