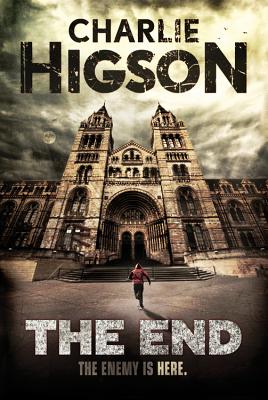 This is book number 7 in the An Enemy Novel series.

Now in paperback, the bloody and brilliant conclusion to Charlie Higson's masterful Enemy saga, in which the final battle ensues between Saint George's army of sickos and the army of London kids.

Shadowman, realizing that Saint George's army is headed toward the center of London, has raced ahead to warn the kids of the impending disaster. He knows that he has to make them understand—somehow—that they are going to have to work together. This means that Nicola and her kids at the Houses of Parliament, David and his kids at Buckingham Palace, Matt at St. Paul's, General Jordan Hordern and his troops at the Tower of London, the squatters in St. James Park, and all the kids at the Natural History Museum must unite. But will they do it in time? The book culminates in a massive battle in Hyde Park. How will it play out? Who will be the winners and who the losers? One thing is certain: this series will not go out with a whimper!

Charlie Higson is an acclaimed comedy writer, producer, actor, and genuine James Bond aficionado. He is the author of the adult thrillers Full Whack and King of the Ants the internationally best-selling Young Bond series: SilverFin, Blood Fever, Double or Die, Hurricane Gold, and By Royal Command and seven books in the Enemy series.Charlie is a fan of zombie movies and believes that we shouldn't try to prevent young people from experiencing fear, because it helps prepare them for later life. He lives in London. Follow him on Twitter at: twitter.com/monstroso.