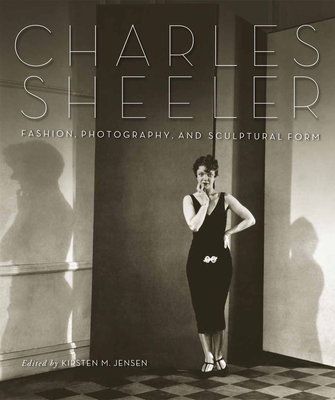 By Kirsten M. Jensen (Editor)
Email or call for price.
It is unlikely that we can get a hold of this title. Please email orders@nowherebookshop.com before placing an order.

Philadelphia native Charles Sheeler (1883-1965) is recognized as one of the founding figures of American modernism. Initially trained in impressionist landscape painting, he experimented early in his career with compositions inspired by European modernism before developing a linear, hard-edge style now known as Precisionism. Sheeler is best known for his powerful and compelling images of the Machine Age--stark paintings and photographs of skyscrapers, factories, and power plants--that he created while working in the 1920s and 1930s. Less known, and even lesser studied, is that he worked from 1926 to 1931 as a fashion and portrait photographer for Cond Nast. The body of work he produced during this time, mainly for Vanity Fair and Vogue, has been almost universally dismissed by scholars of American modernism as purely commercial, the results of a painter's day job, and nothing more.

Charles Sheeler contends that Sheeler's fashion and portrait photography was instrumental to the artist's developing modernist aesthetic. Over the course of his time at Cond Nast, Sheeler's fashion photography increasingly incorporated the structural design of abstraction: rhythmic patterning, dramatic contrast, and abstract compositions. The subjects of Sheeler's fashion and portrait photography appear pared down to their barest essentials, as sculptural objects composed of line, form, and light. The objective, distant, and rigorously formal style that Sheeler developed at Cond Nast would eventually be applied to all of his artistic forays: architectural, industrial, and vernacular.

The contributing essays to Charles Sheeler expose the artistic breadth and depth of Sheeler's Cond Nast oeuvre, over 300 images of which are gathered in this volume. Michener Art Museum curator Kirsten M. Jensen provides the historical context for Sheeler's experimentation in the years preceding his time at Cond Nast, as well as a comprehensive analysis of the artist's Cond Nast photography alongside his Precisionist work. Further essays explore the role of Cond Nast, the individual, in shaping the era's culture; investigate how Sheeler's work reinterpreted and shifted contemporary trends in architecture and fashion; examine the influence of Sheeler's experimentation with filmmaking on his later work; and analyze Sheeler's influence on later generations of fashion photographers, who have continued his studies into the model as a sculptural form.