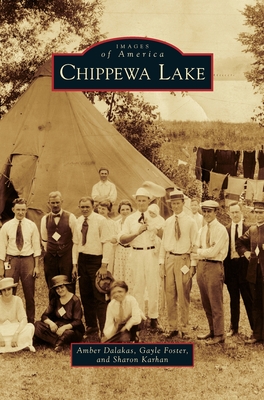 Formed by glaciers, Chippewa Lake has been drawing visitors since early Indian tribes came to hunt and fish; settlers first laid down roots in the area during the War of 1812. Soon, visitors hoping to escape the heat of the city discovered the cooling waters of Chippewa. Eventually, a pleasure resort was developed, and the area expanded. Churches, a school, a brickyard, a grain elevator, general stores, a post office, and a meat market were established. Passenger trains delivered families laden with picnic baskets to Chippewa Lake Park, an amusement park that featured water activities, a carousel, a roller coaster, and a ballroom. Dignitaries, politicians, and entertainers frequented the park. A cottage community developed along the shoreline in neighborhoods like Gloria Glens, Briarwood Beach, and Chippewa-on-the-Lake. Before refrigeration, ice was harvested from the lake in the winter and shipped as far away as Philadelphia. After 100 years in operation, Chippewa Lake Park closed in 1978. The lake is currently owned by the Medina County Park District and still offers spectacular sunsets and public fishing and boating.