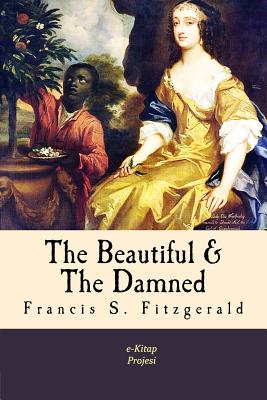 By F. Scott Fitzgerald
$17.99
Usually ships in 7-10 days. Or you can try to purchase at bookshop.org/shop/nowherebookshop

In 1913, when Anthony Patch was twenty-five, two years were already gone since irony, the Holy Ghost of this later day, had, theoretically at least, descended upon him. Irony was the final polish of the shoe, the ultimate dab of the clothes-brush, a sort of intellectual "There "-yet at the brink of this story he has as yet gone no further than the conscious stage. As you first see him he wonders frequently whether he is not without honor and slightly mad, a shameful and obscene thinness glistening on the surface of the world like oil on a clean pond, these occasions being varied, of course, with those in which he thinks himself rather an exceptional young man, thoroughly sophisticated, well ad-justed to his environment, and somewhat more significant than any one else he knows. This was his healthy state and it made him cheerful, pleasant, and very attractive to intelligent men and to all women. In this state he considered that he would one day accomplish some quiet subtle thing that the elect would deem worthy and, passing on, would join the dimmer stars in a nebulous, indeterminate heaven half-way between death and immortality. Until the time came for this effort he would be Anthony Patch-not a portrait of a man but a distinct and dynamic personality, opinionated, contemptuous, functioning from within outward-a man who was aware that there could be no honor and yet had honor, who knew the sophistry of courage and yet was brave. A WORTHY MAN AND HIS GIFTED SON Anthony drew as much consciousness of social security from being the grandson of Adam J. Patch as he would have had from tracing his line over the sea to the crusaders. This is inevitable; Virginians and Bostonians to the contrary notwithstanding, an aristocracy founded sheerly on money postulates wealth in the particular. Now Adam J. Patch, more familiarly known as "Cross Patch," left his father's farm in Tarrytown early in sixty-one to join a New York cavalry regiment. He came home from the war a major, charged into Wall Street, and amid much fuss, fume, applause, and ill will he gathered to himself some seventy-five million dollars.

Francis Scott Key Fitzgerald (1896 - 1940) was an American Jazz Age author of novels and short stories. He is regarded as one of the greatest twentieth century writers. Fitzgerald was of the self-styled "Lost Generation," Amer-icans born in the 1890s who came of age during World War I. He finished four novels, left a fifth unfinished, and wrote dozens of short stories that treat themes of youth, despair, and age. Other Books of Author: The Curious Case of Benjamin Button (1922) The Great Gatsby (1925) Tender is the Night (1933) This Side of Paradise (1920) "I Didn't Get Over" (1936) The Rich Boy (1926) Jacob's Ladder (1927) The Sensible Thing (1924) Bernice Bobs Her Hair (1920)