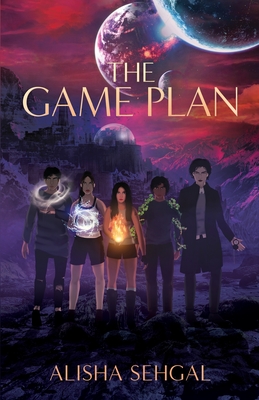 "Sam always wondered why her mind control powers were called The Gift. They seemed more like a curse, if anything. She had been on the run now for seven years because of them."

The Game Plan follows the Bleu family, five children of the devil and a powerful angel, as they navigate life on Earth with magic. Each sibling represents an element: Earth, Air, Water, Fire, and Time. After losing both parents, the youngest four struggle to escape their eldest brother who craves their powers. In particular, he wants The Gift passed down from their late mother-a power of mind control nobody understands but everyone wants. Sam Bleu, the youngest, finds herself on the run, needing to master her powers without ever revealing that she, in fact, was the one to receive The Gift.

The Game Plan is a fantasy novel which explores the allure of power, and the arduous but rewarding journey of finding confidence despite life's many unknowns. How would you live if you had powers that, in the wrong hands, would result in the annihilation of all mortal and immortal realms?