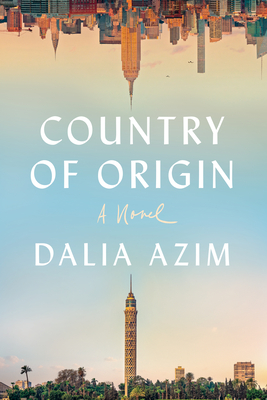 Seventeen-year-old Halah Ibrahim has always known a privileged life and never had cause to question it until Cairo goes up in flames. Not only does she start to doubt her father and his role in the new military-backed government--but she ultimately decides to flee to America with a young soldier she hardly knows, an impulsive act that has far-reaching consequences on both sides of the ocean. A powerful and universal debut novel about family, identity, and independence, Country of Origin is as much about a nation's coming-of-age as it is about secrets and lies, love and truth.

Dalia Azim's work has appeared in American Short Fiction, Aperture, Columbia: A Journal of Literature and Art, Glimmer Train (where she received their Short Story Award for New Writers), Other Voices, Alcalde, and Sightlines, among other places. She lives in Austin, TX, where she is the manager of special projects at the Blanton Museum of Art. Previously she worked as a researcher at the Dedalus Foundation and as a curatorial assistant at the Museum of Modern Art. She graduated with a dual degree in art and literature from Stanford University and grew up in Canada and Colorado.