The Vertical Ascent: From Particles to the Tripartite Cosmos and Beyond (Paperback) 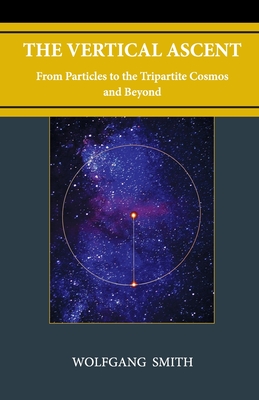 What distinguishes this book from other contemporary treatises touching upon cosmology is its conception of the tripartite cosmos. This conception proves to be crucial to resolving three of the most baffling questions of contemporary science, beginning with the measurement problem of quantum theory. What is perhaps most astonishing of all, however, is the fact that this treatise is comprehensible to the educated layman. It will turn your world right-side up

Wolfgang Smith graduated from Cornell at age eighteen with majors in physics, mathematics, and philosophy. He subsequently contributed a theoretical solution to the re-entry problem for space flight. After taking his doctorate in mathematics at Columbia, he served for thirty years as professor of mathematics at M.I.T., U.C.L.A., and Oregon State University. Smith then devoted himself to correcting the fallacies of scientistic belief, focusing on foundational problems pertaining to quantum theory and visual perception by way of the traditional tripartite cosmology. The Philos-Sophia Initiative Foundation's documentary on his life and work, The End of Quantum Reality, is now available on disc and digital platforms worldwide. Visit theendofquantumreality.com for more information.