The Prophecies of Nostradamus (Paperback) 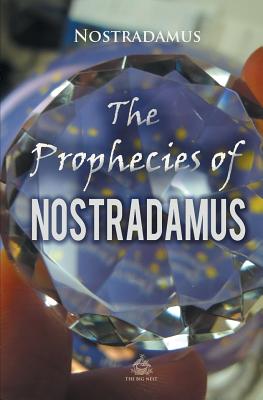 The true centuries and prophecies of Michel Nostradamus, credited with predicting numerous events in world history, from the Great Fire of London, and the rise of Napoleon and Adolf Hitler, to the September 11 attacks on the World Trade Center.

Michel de Nostredame was a French prophet born in the French village of St. Remi in 1503. He was the eldest son of Jewish parents, but was later forced to convert to Catholicism by the Inquisition. He studied the arts at University at Avignon but eventually graduated from the medical school at the University of Montpellier. In 1554 he settled in the town of Salon, France and married his second wife, Anne Ponsart Gemelle, with whom he had three sons and three daughters. In 1555, at the age of 52, Nostradamus published his first collection of Centuries, sets of a hundred quatrains each. In 1564 he was appointed Royal Physician to King Charles IX. On the night of July 1, 1566 he offered his last prediction to his priest. In response to the priest's farewell words until tomorrow, Nostradamus reputedly answered: you will not find me alive at sunrise.