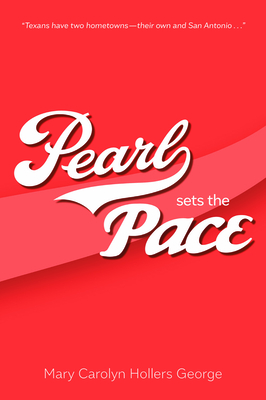 A family business frequently involves enough drama to fill a book—this one in fact.

Pearl Sets the Pace tells the story of two landmark companies and a mighty dynasty. It begins in 1883, with the arrival of German brew master Otto Koehler in the bustling city of San Antonio, Texas. He establishes himself as one of the founders of a firm that eventually becomes the Pearl Brewery. In 1914, his murder at the hands of a disgruntled mistress becomes front-page news across the nation. Emma, his grieving (but tough-as-nails) widow, assumes leadership of the company and keeps it afloat during the dark days of Prohibition. In 1941, Margaret Bosshardt one of Emma’s granddaughters, marries David Earl Pace. After World War II, the young couple formulate a secret recipe for Mexican salsa. Like mad scientists, they experiment in their home kitchen and try out their concoctions on friends. From such humble beginnings grew a mighty enterprise, a real-world manifestation of the American Dream. By the early 1990s, Dave and Margaret’s picante sauce was the top-selling Mexican food condiment in the world. Their descendants sold the business to the Campbell Soup Company for $1.1 billion.

Through murders and mistresses, Depression and divorces, booms and busts, a passion for product sustained the Koehler-Pace clan. To make something, not simply for their neighbors to buy, but also something that would become integral to their daily lives. That became their defining principle. Yes, it defined them, but it also characterized their city. Can anyone really imagine San Antonio without beer and picante sauce? This is the story of a proud, complicated, and interwoven family and the two great enterprises they wrangled. But it is also the story of a unique Texas city and the people it breeds.

It’s a business story, a family story, and a story of a thriving, modern city; it is also our story.

MARY CAROLYN HOLLERS GEORGE is a writer and architectural historian.  A native of San Antonio, Texas.  She is a retired professor of art history.  She is a member of the Society of Architectural Historians.