The Worst Villain Ever (Paperback) 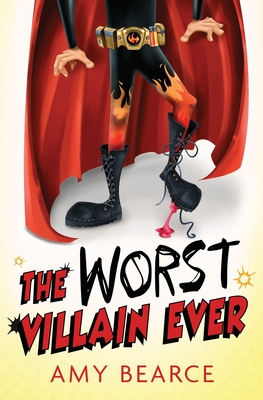 A good villain is the worst.

When eleven-year-old George Pruwell is finally admitted to the Academy of Villainy and Wrongdoing, he has big plans of making his family proud, especially his older brother Alex. Unfortunately, unlike his brother, George is anything but villainous. To secure a slot in the school's best class roster and prove himself worthy of his family's wonderfully wicked name, he takes on a nearly impossible assignment: defeat Captain Perfectus, the world's greatest superhero.

Now, George has to figure out how one too-nice-villain-in-training can defeat the most impressive superhero of all time. Alex offers his help, but George isn't so sure he wants to use his big brother's methods. And when Captain Perfectus turns out to have some seriously big problems of his own, George must choose whether to follow his instincts and help the superhero or crush him and become the most villainous Pruwell ever.