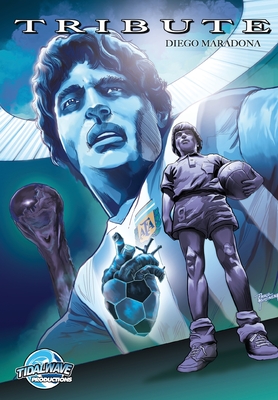 Fans shout his name while former and current players whisper it in respect for the man considered the best soccer player globally. Diego Maradona's career was formed while he was only a child, kicking a ball in the slums of Buenos Aires, Argentina. He became a legend during the World Cup tournament in 1986 and was named the FIFA Player of the 20th Century alongside his childhood hero, the remarkable Pel . His passing, mourned by millions and marked by Pope Francis, shook the sports world to its foundations. The Hand of God had passed.

This series has been featured in Sports Illustrated and international sports news.