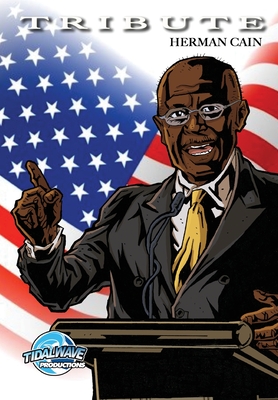 By Michael Frizell, Kurt Belcher (Artist)
$6.99
Available at wholesaler. We can order it for you.
(This book cannot be returned.)

A black conservative businessman made an unlikely presidential candidate and supporter of Donald J. Trump, but pundits, critics, and admirers have never aptly described Herman Cain. His campaign manager was fond of saying, "Let Cain be Cain " A man of deep principles who once called for forming a third party before embracing President Trump became another tragic figure to die of COVID-19. His story, equal parts compelling and inspiring, is told here in graphic novel form.

This comic book series has been feature in TIME and Forbes Magazines as well as on CNN and FOX NEWS.