The Will to Power: An Attempted Transvaluation of All Values (Friedrich Nietzsche #1) (Paperback) 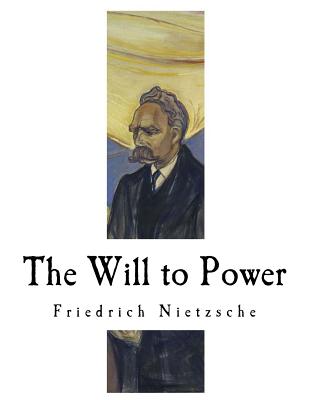 The Will to Power

An Attempted Transvaluation Of All Values

In the volume before us we have the first two books of what was to be Nietzsche's greatest theoretical and philosophical prose work. The reception given to Thus Spake Zarathustra had been so unsatisfactory, and misunderstandings relative to its teaching had become so general, that, within a year of the publication of the first part of that famous philosophical poem, Nietzsche was already beginning to see the necessity of bringing his doctrines before the public in a more definite and unmistakable form. During the years that followed--that is to say, between 1883 and 1886--this plan was matured, and although we have no warrant, save his sister's own word and the internal evidence at our disposal, for classing Beyond Good and Evil (published 1886) among the contributions to Nietzsche's grand and final philosophical scheme, "The Will to Power," it is now impossible to separate it entirely from his chief work as we would naturally separate The Birth of Tragedy, the Thoughts out of Season, the volumes entitled Human, all-too-Human, The Dawn of Day, and Joyful Wisdom.