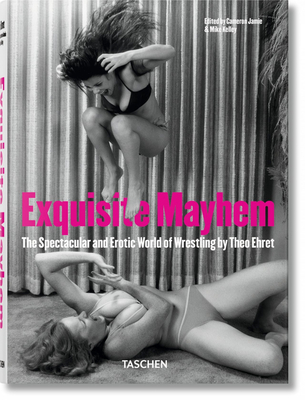 By Mike Kelley (Editor), Cameron Jamie (Editor), Theo Ehret (Photographer)
$30.00
Available at wholesaler. We can order it for you.
(This book cannot be returned.)

Through the weigh-ins, the injuries, the backstage brawls, and the captivated crowds, Ehret's images capture all the action and the atmosphere of the Grand Olympic Auditorium, where the likes of Andr the Giant, Killer Kowalski, The Sheik, Gordman and Goliath, and Jesse "The Body" all punched their way to stardom. Alongside the Grand Olympic shots are the dramatic apartment wrestling images, a male fantasy phenomenon of bare breasts and buttocks, long, strong limbs and staged passions.

An interview with Ehret adds his personal commentary to both sides of the wrestling scene, the legends he met along the way, and the interplay of fantasy, reality, and photography.