Check out these phenomenal Black women in horror writing 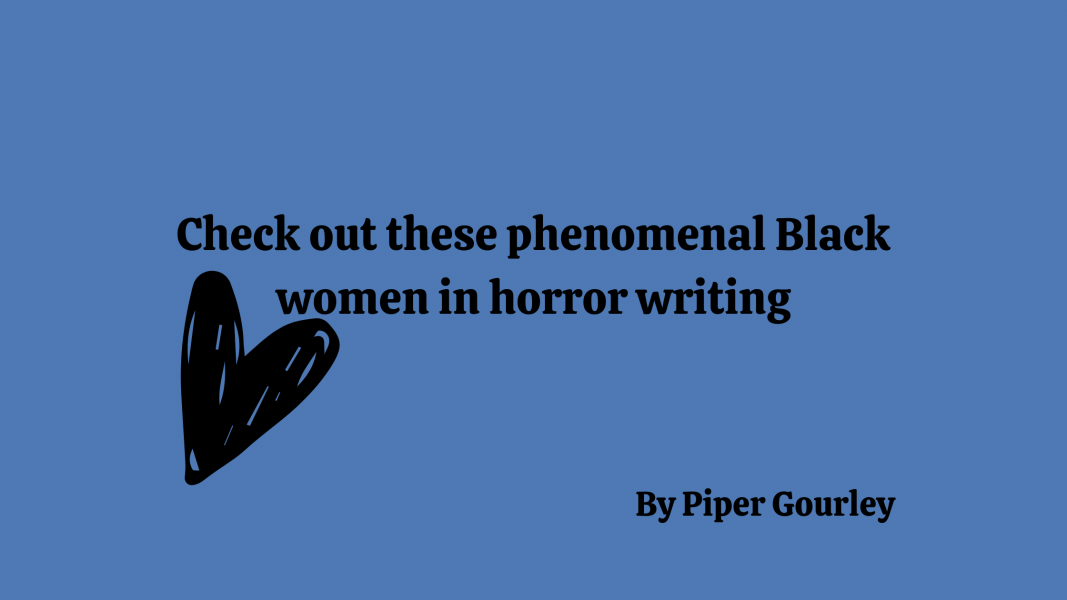 It’s officially September, which means Halloween is just around the corner. As everyone prepares for the spooky season, many people are stocking up on horror reads, too. While there are plenty of horror fans who have read and re-read the likes of Rice, Koontz, and King, how many Black female horror writers do you have on your shelves? This handful of incredible horror writers are making their mark on the literary world. You won’t want to miss out on their spine-chilling narratives this spooky season. Here are a few phenomenal Black women in horror writing to add to your bookshelves this fall.

British novelist Helen Oyeyemi is a powerhouse writer across all genres (her latest award-winning novel, ‘Gingerbread’ (2019), is a drama), yet her work as a horror writer has earned her plenty of praise across the last few years. What makes her horror novels so striking is their ability to focus on the way that the human psyche crumbles, creating gripping plots that engage both the disturbing possibilities of human nature and other haunting elements to unnerve readers. ‘White is for Witching’ (2009) is one of her most terrifying reads. Centering a young protagonist living in a closed-off house while dealing with the grief of her mother’s passing, the neo-Gothic novel explores just how much the mind can withstand before it snaps, and the horrifying gray space in between a sane mind and a broken one. If you’re looking for a book that will give you chills, this one will have you shivering.

Grab your own copy of ‘White is for Witching,’ here.

Tananarive Due is not only an incredible horror writer: she is also a film historian with a concentration in Black Horror, which she teaches at UCLA. While she has done plenty of writing for film and TV, including contributing to the new “The Twilight Zone” series, she is also well-known for her gripping story collections, including speculative fiction, fantasy, and, of course, horror. Her horror writing is high intersectional, exploring how race, ethnicity, gender, socioeconomic status, and more can influence the experiences of fictional characters in haunted, emotionally volatile, and othering environments. Her novel ‘The Good House’ (2003) is a thrilling novel about the death of a young boy with all the makings of a great mystery: an unexpected passing, a supposedly haunted house, and mysterious entities lurking in the shadows. Her short story collection, ‘Ghost Summer’ (2015) received massive critical acclaim and multiple awards from literary and human rights organizations. The stories are all set in Gracetown, Florida, where the haunting sensation of otherness sits like a cloak across the town, impacting the lives of everyday citizens. Her Afrofuturistic work will pull you in on every page. If you haven’t read any of Due’s work yet, jet over to our site to see what you’re missing.

This epic Nigerian-American author’s work focuses on Africanfuturism and Africanjujuism, both in mediums developed for adults and children. Nnedi Okorafor’s striking writing cuts across genres and literary forms. She creates compelling characters that stand out in each scene, no matter how much underlying chaos is occurring in the plot. Her stunning Akata (2011) fantasy series has earned her notoriety, alongside her Marvel comic books like ‘Wakanda Forever’ and ‘Black Panther: Long Live the King.’ Her talent knows no limits, and this is true of her horror and horror-esque novels, too.

Her novel ‘Who Fears Death’ (2010) is set during a genocide in post-apocalyptic Africa after a young woman escapes from abusive captors and gives birth to one of their children. As time progresses, the child (called Onyesonwu, meaning “who fears death”) is discovered to have remarkable abilities that allow her to connect to the spirit world. This connection also gives her insight into the fact that someone wants her dead, further complicating her complex upbringing. This magical-realist novel will have your heart pounding through each chapter. There’s a good chance you’ll consume this novel all in one sitting, so grab your copy here (and read ahead before the ‘Who Fears Death’ HBO show comes out).

In her many horror novels, Octavia Butler explores fear not only a supernatural level, but also by amplifying the horrors that exist in everyday life, in the past, and those which may come into existence in the future. She is best known for her novel on slavery, ‘Kindred’ (1979), which, although it isn’t categorized as conventional horror, is a powerful book of horrors in its own right. Her other most famous book, ‘Parable of the Sower’ (1993), is set in a post-apocalyptic California suburb with a hyperempathetic child trying to reckon with her humanity in a desolate landscape. The second book in the series, ‘Parable of the Talents’ (1998), follows the same narrator as her world grows increasingly more complex and disturbing. Many parallels have been drawn between the present landscape of the U.S. and her ‘Parable’ series. Her most monstrous stand-alone horror novel is ‘Fledgling’ (2005). In the novel, a 53-year-old vampire from the Ina species finds herself contained in the body of a child. As she struggles through amnesia to come to terms with her prior life, she also must recognize that someone attempted to kill her...and they’re planning on hunting her again. These novels are only a handful of the books that Butler has expertly crafted, yet their haunting qualities make them perfect reads for the fall season.

If you’re a fan of Gothic horror, look no further than the work of Eden Royce. Royce is an avid horror fiction writer who is informed by her experiences growing up in the South. Her most popular short story collection, ‘Spook Lights’ (2015) is pure Southern Gothic to its core. Witch doctors, grotesque strangers, graveyards, spooky homes, and family life are the pillars of this epic collection of horror fiction stories (and there’s an awesome sequel, too). Her upcoming book, ‘Root Magic’ (2021), is available for pre-order here. While it won’t be published by Halloween, it’ll be well worth the wait for year-long horror fans. Described as “an unforgettable tale of courage, friendship, and Black Girl Magic” on Royce’s site, the young adult novel is set in the 1960s, centering two young protagonists as they unwind their magical and dark family history. As a writer for all ages, it’s tough for anyone not to find a book or story to fall in love with within the pages of Royce’s work.