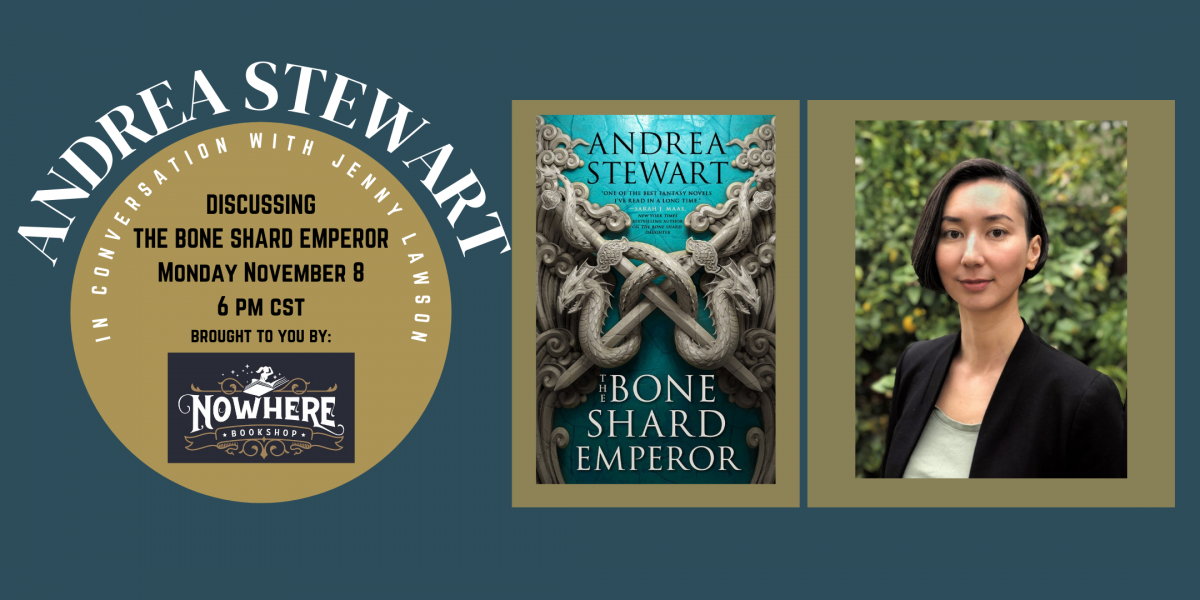 Join us via Zoom on Monday, November 8 at 6 PM as Andrea Stewart, author of The Bone Shard Daughter, discusses the latest book in her Drowning Empire Series, The Bone Shard Emperor, with bestselling author and Nowhere Bookshop proprietress, Jenny Lawson.

ABOUT THE BONE SHARD EMPEROR

In this action-packed magical fantasy epic, a heroine at the head of a powerful empire confronts a raging battle as she’s forced to do whatever it takes to restore peace.

The Emperor is Dead. Long live the Emperor.

Lin Sukai finally sits on the throne she won at so much cost, but her struggles are only just beginning. Her people don’t trust her. Her political alliances are weak. And in the north-east of the Empire, a rebel army of constructs is gathering, its leader determined to take the throne by force.

Yet an even greater threat is on the horizon, for the Alanga–the powerful magicians of legend–have returned to the Empire. They claim they come in peace, and Lin will need their help in order to defeat the rebels and restore peace.

But can she trust them?

This is a ticketed event. Tickets are on sale now. Your ticket includes a copy of The Bone Shard Emperor and a bookplate signed by Andrea Stewart shipped to you when the book is published on November 23, 2021.