The Famous Authors with Famous Parents 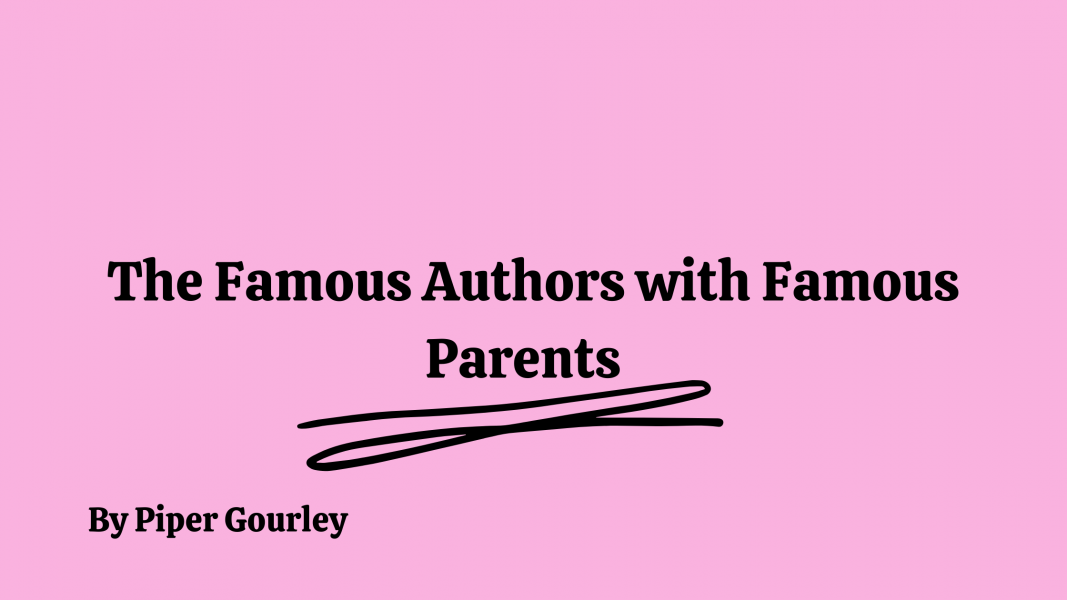 Not every kid will pursue the same career as their parents, yet some creatives have successfully passed down the love of their craft to their kiddos. The children of these famous authors were so moved by their parents’ passion that they also dove into the role of writing. If a literary gene exists, it runs in these uber-talented families. Although their styles, genres, and voices may differ, these enthused artists helped set their children on course for successful careers in writing. These are a few well-known authors whose children felt encouraged to follow in their footsteps.

Stephen King is a horror-writing powerhouse. He releases new novels so quickly that it seems impossible that he has ever slept a full night. With over 350 million copies of his work in print, he is one of the best-selling authors of all time. His work has been adapted hundreds of times, from student-produced short films to movies and television spinoffs (Castle Rock, IT, and Pet Sematary, amongst the latest media revivals). Although one would hardly think he has the time to relax, King is a family man, whose wife, Tabitha King, is also a renowned writer. Of his three children, his two sons, Joseph and Owen, have pursued careers in creative writing. Joseph, who writes horror, has followed closely in his father’s footsteps.

Joseph began writing under the pen name Joe Hill to dissuade people from giving his work merit simply because of his famous father. Hill wanted to ensure that his work was judged for quality rather than association. Fortunately, he was as skilled as a writer as his dad, and (after the typical onslaught of writing rejections) his work took off. His Locke & Key series put him on the map, with standalone books like The Fireman, NOS4A2, Heart-Shaped Box, and Strange Weather also earning him literary attention. Hill and his father have even co-authored novels, including Throttle, Road Rage, and In The Tall Grass (which became a Netflix film last year).

Despite his initial desire to professionally distance himself from his parents, he credits much of his fiction-writing capabilities to their guidance. “I’m tremendously close to my dad,” Hill told Westword. “We like a lot of the same things. And I love his stories and his books, and you get to a point...where you want to celebrate your parents and talk about what they’ve meant to you and what they mean to you. In my mom and dad’s case, so much about what they love in fiction has shaped my own ideas of what good fiction is.”

Peter Straub is up there on the list with King, Koontz, and Rice when it comes to the literary impact of his terrifying tales. Straub’s contributions to the horror genre are plentiful. His novels, story collections, and poetry are equally as unnerving as they are smart, insightful, and empathetic. With over 50 publications to his name (including the riveting, small-town tale Ghost Story), it’s no wonder that Straub’s adoration of fiction would find its way into his personal life—including influencing the dreams of his kid.

His daughter, Emma Straub, is a skilled contemporary fiction writer. She has an eye for finding the bliss in the mundanity of day-to-day life. No matter what Emma writes about, her text lifts off the page and glimmers. Early in her career, she received critical acclaim for her witty, family-centric novel, The Vacationers (2014). Her latest novel, All Adults Here (2020), follows three generations of relatives within an odd, New York family. The insightful narrative has since captured the hearts of readers of all ages. Although it was released only a handful of months ago, the book has already scored a television deal.

While Emma’s go-to genre may differ from that of her father, Emma deeply appreciates the similarities between their work. “My father is hilarious,” Straub told Oprah Magazine. “His books and mine have everything important in common, which is to say that both he and I use fiction as a means of perceiving and processing the world around us, and exploring the world within us.”

Check out the incredible Emma Straub tales that are ready for pick-up here.

Get your hands on an unsettling copy of Peter Straub’s ‘Ghost Story’ here.

From her biographical novel Carl Sandburg: A Biography to her poignant, witty memoir Swimming Lessons, award-winning author Penelope Niven is as versatile as nonfiction writers come. Throughout her career, Niven has been honored in literary spaces and academic spheres across the country. This includes scoring multiple major fellowships, earning the North Carolina Award in Literature (the top writing award from the state), and having an award entitled in her honor at Salem College. One of her greatest accomplishments was passing her love of literature on to her daughter, Jennifer. Jennifer’s upbringing was deeply influenced by her mother’s fervor for writing and her determination to succeed in the tough industry. Jennifer Niven has since gone on to become one of the most popular young-adult authors of the last decade.

Jennifer Niven’s work spans across an impressive number of genres, yet she is best known for her YA publications, including All The Bright Places and Holding Up The Universe. All The Bright Places boasts an especially large following of fans, many of whom are grateful for Niven’s honest and empathetic portrayal of mental health (ATBP was released as a Netflix film in early 2020). Jennifer often credits her mother with being the most significant mentor in her writing journey. “I was lucky enough to grow up with a writer mom, who taught me that I could be or do anything I wanted to be or do,” Niven shared with The Guardian. “From her, I learned to find the story in everything, and I learned never to limit myself or my imagination.”