Popular words that were invented by famous authors 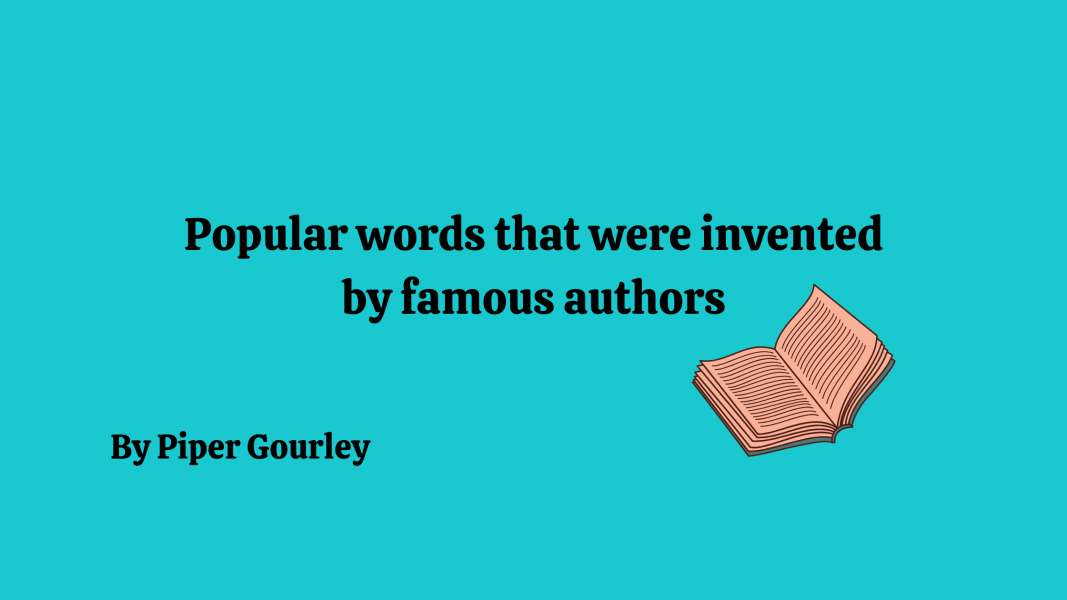 Shakespeare may have an entire dictionary full of invented words, but he can’t take all the credit for original content added to the English language. He’s not the only verbose author who came up with unique turns of phrase that later found their way into literature and conversation. These authorisms from literary experts have become a part of many of our modern vocabularies. Here are a few words in our universal lexicon that we owe to great writers throughout history.

Who else would come up with this charming yet childish word? It’s no big surprise that the word “nerd” is credited to Doctor Seuss. Although Seuss often uses made-up words in his children’s novels (such as “ham-ikka-schnim-ikka-schnam-ikka-schnopp” in ‘Scrambled Eggs Super!’ and “zummers” in ‘The Cat in the Hat’), the word “nerd” managed to make it into the dictionary. The word was first recorded in the book ‘If I Ran the Zoo’ (1950) about a thoughtful young man imagining running his own zoo, and all the odd creatures that he would have occupying the place. One of the creatures he dreams up is called a Nerd, a yellow creature from the land of Ka-Troo. The Nerd sports long white hair and a black shirt, looking more like a 90s grunge teen than a smart-aleck. The illustration of the Nerd isn’t quite what most people probably imagine when they think of the word “nerd” or “nerdy” today, but the book’s Nerd form is certainly straight out of Seuss’s zany brain.

Grab some of Seuss’ goofy books to stimulate your imagination, here.

“Tween” is used to distinguish those strange ages between the childhood and teenage years, rife with mood swings, catastrophic thinking, and enough awkwardness to last a lifetime. There are plenty of novels about tweens: ‘Wonder,’ ‘A Wrinkle in Time’, ‘Matilda’, ‘Percy Jackson and the Lightning Thief,’ and ‘Hugo,’ for starters. Tweens often make for some of the most fascinating narrators, as they have fresh P.O.V.s that are full of curiosity, hope, intrigue, and emotion. However, the first application of the word “tween” was not referring to the ten-to-twelve age group that we tend to use it for now. Rather, it was used in the ‘Lord of the Rings’ series to describe “the irresponsible twenties between childhood and coming of age at thirty-three.” So, like the “terrible twos,” but for twenty-year-old hobbits. Considering hobbits don’t exist in the real world (or so we know), it’s been turned into a popular phrase used to describe pre-teens, instead.

Get your copy of ‘The Lord of the Rings’, here.

This word is a mystifying merger of “dream” and “landscape,” meant to describe the inner world that we occupy when we go to sleep. While this word seems almost psychological in its root, it was originally coined by poet Sylvia Plath. In her lyrical poem ‘The Ghost’s Leavetaking,’ Plath wrote, “Enter the chilly no-man's land of precisely/Five o'clock in the morning, the no-color void/Where the waking head rubbishes out the draggled lot/Of sulfurous dreamscapes and obscure lunar conundrums/Which seemed, when dreamed, to mean so profoundly much…” It seems only right that a poet would come up with such an airy, vague, and beautiful word. The ‘Bell Jar’ writer is also credited as being one of the first people to use “basic” as an insult, which has gained some popularity as a jab at someone’s personality or style in recent years. In her ‘Unabridged Journals’, Plath wrote, “You've had all you can take of good-looking vacuums and shallow socialites. So you try to be basic. You are such a basic character anyway.” Hey, Plath is remembered as a wordsmith for a reason.

Grab your own copy of Plath’s poetry in ‘The Collected Poems’, here.

The word “cyberspace” has a super sci-fi ring to it, but it isn’t all that futuristic. It’s used to describe the present-day phenomenon of the interconnected web that links all digital tech. The World Wide Web, social media, and online shopping sites are all a part of the cyberspace that many of us occupy every day. While the name, like “dreamscape,” is a clear combination of “cyber” and “space,” the original usage of the phrase can be linked back to William Gibson’s novel, ‘Neuromancer.’ Technically, he first used it in his 1982 short story “Burning Chrome,” yet it wasn’t until ‘Neuromancer’ came out that the word took its own social profile. The term quickly gained traction, becoming a popular way to refer to media, networking, and the vague stuff happening behind-the-scenes of the internet in general.

In ‘Neuromancer,’ cyberspace is defined as “a consensual hallucination experienced daily by billions of legitimate operators, in every nation, by children being taught mathematical concepts...Lines of light ranged in the nonspace of the mind, clusters and constellations of data. Like city lights, receding.” In an interview with NYPL, Gibson discussed coining the term, saying, “I wanted that sense of other realm, a sense of agency within my daily life, looking for bits and pieces of reality that could be cobbled into the arena I needed.”

Get your own copy of ‘Neuromancer,’ here.

Stephen King certainly has a way with language. The words he chooses for his horror novels paint vivid monsters and gripping scenes that will leave any reader sleepless for days. His characters also have impressive and personalized vocabularies, from Annie Wilkes in ‘Misery’ (“cockadoodie”) to Pennywise in ‘It’ (“BEEP BEEP!”). Did you know that he invented a classic phrase used for insult, as well? The word “piehole,” as typically used when telling someone to shut their piehole, was first introduced in a King novel. While there’s no firm proof that King came up with the word (it likely stems from the British word “cakehole”), the first time it’s recorded in textual history is in King’s novel ‘Christine’. It appears on page 65 of the novel, during a conversation between Darnell and the narrator:

“‘You trying to help your buddy right out of here, Junior?’

‘Then shut your pie-hole.’”

Whether or not King created the word is up for debate. At the very least, King made sure to cement the word in textual history and make the phrase a staple in U.S. literature and everyday conversation.

Check out the frightening King novels we have on our shelves, here.