Sylvia Plath: Interesting facts from the life of the 'Bell Jar' author 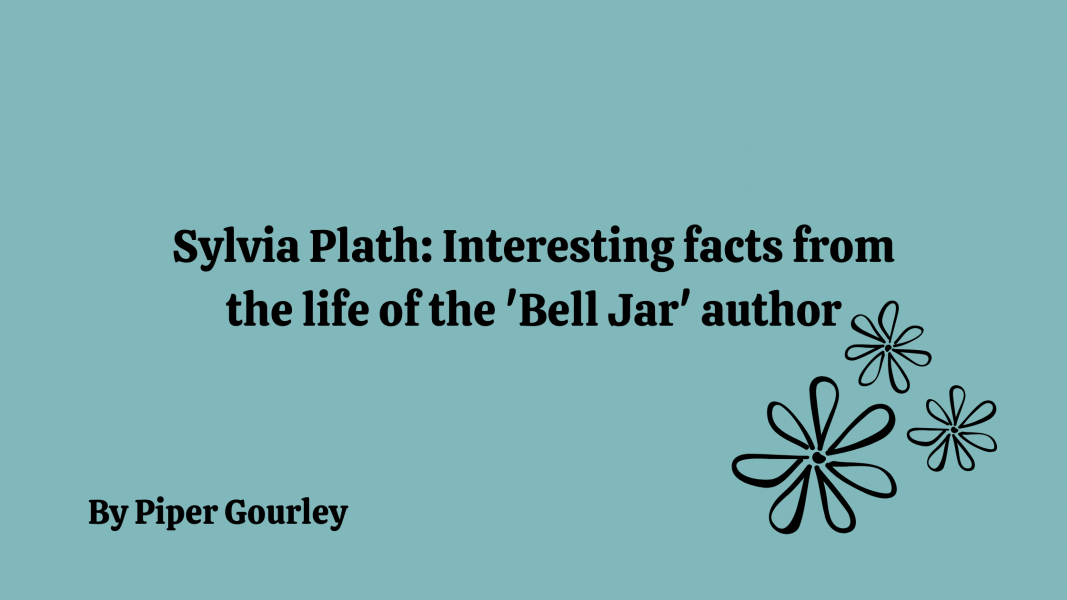 Sylvia Plath is known as one of the greatest poets of the 20th century, despite the fact that many of her poignant pieces were not given proper recognition until her passing. Her intense and often melancholy poems have earned her a large readership. Her willingness to explore dark and discomforting topics in her writing has given Plath a legacy of not only genius, but of vulnerability. These are a few facts you may not have known about the life and upbringing of Sylvia Plath.

She had a genius I.Q.

Plath was more than a gifted student. Although she repeated the fifth grade so that she would be at the same age as her peers, she had a superb intellect. By the age of 12, she was certifiably brilliant, reporting an I.Q. of 160. This is the same I.Q. score as Einstein. Considering genius begins to bloom around 140, this was not just impressive for a 12-year-old, but almost unheard of. Her I.Q. score was one of the earliest indicators that Plath was destined for great success, but not the only one. She also published her first poem in 1941 at a mere eight years old, in the Boston Herald’s children section. At this time, she became increasingly artistically and literary leaning. She found her rhythm in multiple creative outlets, putting herself on the path to success as a writer, artist, and intellectual. Plath likely could’ve pursued any career path of her interest, but fortunately for us, she chose to foster her literary gifts.

She was inspired by her beekeeper father

While Sylvia Plath didn’t discuss her childhood throughout her career, one distinctive quality of her upbringing slipped into her writing: bees. Plath’s father, Otto Plath, was a skilled beekeeper throughout Plath’s youth. After immigrating to the U.S. from Germany, Otto, a leading entomologist, became an expert on bumblebees, even publishing a novel on bee colonies called ‘Bumblebees and Their Ways.’ Essentially, this guy was a massive nerd for bees, and Plath, who was highly influenced by her father in her writing, became entranced with bees, as well. Sadly, Otto died when Sylvia was only eight years old.

In 1962, mere months before she passed away, Plath wrote a collection of five poems called “the bee poems” which were meant to round off Plath’s ‘Ariel’ collection. While they ended up getting a bit drudged down by the depressing poems in the book, the bee poems were uplifting and optimistic, a stark contrast from the gloomy writing that is associated with her name. At the end of one of the poems, “The Arrival of the Bee Box,” Plath wrote: “Tomorrow I will be sweet God, I will set them free. The box is only temporary.”

She went missing at Smith

Sylvia Plath’s college experience was a bit more tumultuous than most. When she first began to attend school in 1950, her experience didn’t seem far off from normal. Like many students, Plath ended up changing her major (she transitioned from studio art to creative writing) and she dealt with common anxieties about classes, her relationships, and the future (some of which is detailed in her journals). However, while many of her classmates seemed to find their place in the university, Plath began to struggle with devastating depression and anxiety. In 1953, she resolved to take her own life, consuming her mother’s pills and crawling under her house. Fortunately, she survived, yet it took three days for the search party to find her.

Before she was found, her disappearance was reported in the local paper under the title “Beautiful Smith Girl Missing at Wellesley.”  In the article, a reporter wrote, “Police in Greater Boston Communities joined in the search last night for Sylvia Plath, 20, a brilliant, beautiful Smith College Senior...who disappeared from her home yesterday afternoon after leaving a note to her mother...saying she was ‘Taking a long hike’ and would ‘be back tomorrow.’” After she was uncovered and on the mend, the same newspaper wrote another article called “Smith Girl Recovering From Pills,” because privacy wasn’t a thing in ‘50s newspaper reporting. This experience was one of the inspirations for her semi-autobiographical book ‘The Bell Jar’, which detailed the fractured mental state she found herself in when she went away for college.

Her husband was also a famous poet

In 1956, Plath met Ted Hughes, the man she would go onto marry after four months of dating, while at Cambridge. Their relationship went from friendly to passionate in minutes. In fact, at the very party they met, they kissed one another so much that Plath accidentally bit Hughes, causing his face to bleed as they left the event. They wed on Bloomsday (June 16th, 1956) which was meant to celebrate James Joyce’s career, because they were both major literary dorks. While their careers took their own paths, they edited and inspired one another’s writings. Ted Hughes went on to become the Poet Laureate of the U.K., while Plath published poetry and several major works just before her passing, gaining much recognition for her talents after her death.

Unfortunately, their relationship wasn’t healthy. Plath wrote to her family that she felt that she had met her equal in life. However, she also testified that Hughes could become physically abusive and that he cheated on her frequently with another woman. Five months before Plath died, she and Hughes separated a final time, though they never got divorced before her passing. He inherited her work, and is responsible for the publication of her gripping poetry collection ‘Ariel’, although he did some controversial editing of his own.

A psychologist coined a term after her

In 2001, psychologist James C. Kaufman came up with a new term: the “Sylvia Plath effect.” What did this phenomenon entail? According to a study done by Kaufman called “The Sylvia Plath Effect: Mental Illness in Eminent Creative Writers,” this sensation was coined to describe the supposed correlation between creative writers (the “depressed poet” trope) and mental health conditions. In his abstract, Kaufman wrote, “Although many studies...have demonstrated that creative writers are prone to suffer from mental illness, this relationship has not been truly examined in depth. Is this finding true of all writers? In Study One...Female poets were found to be significantly more likely to suffer from mental illness...study Two extended the analysis to 520 eminent women (poets, fiction writers, non‐fiction writers, visual artists, politicians, and actresses), and again found the poets to be significantly more likely to experience mental illness.”

In the present day, Kaufman regrets coming up with this name and failing to do further research on his findings. He went on to realize the trivializing and insensitive nature of the term, citing his invention of “The Sylvia Plath Effect” to the fact that he was young and ignorant. Fortunately, he’s since spoken out against the ways that the study contributed to mental health stigma and has gone on to do work in social justice.